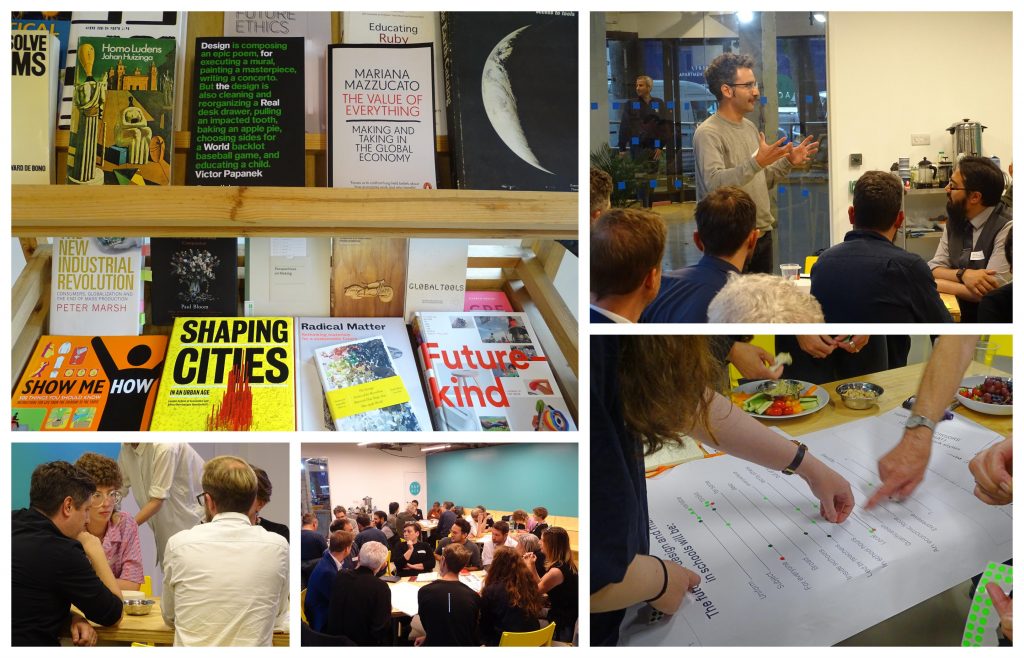 Back in June we had a bit of a rant about the future of design and making in schools. It was a relief to share, and the list was long: our reluctance to advocate for D&T, our utter boredom with the STEM/STEAM polarisation, our anxiety about design as it plots its own dive between the stools of arts and expressive creativity and the strength of the STEM focus.
In the best Fixperts spirit, rather than wringing our hands, we decided to start something. We decided that alongside our work to support creative problem solving in schools, we’d start to imagine radical alternatives. So less than 6 months later, we’ve put together a programme of activities which invites experts, radicals and dreamers to help each other imagine a future, where the fertile creative connections between design, engineering, technology are nurtured and not sidelined.
We started with a huddle, as all the best plots do, and on Monday 23rd September we invited an eclectic and unwieldy group around to ours to see if we have a strong enough foundation, and if we could find some allies.
It was a blast. Over the next weeks we’ll be sharing some of what was said and starting to build our plans to continue the conversation in 2020 with something like a summit and something like a book. If you’re interested in being part of this conversation get in touch.
By Fixperts|2019-09-30T16:51:11+00:00September 30th, 2019|All, Opinion|